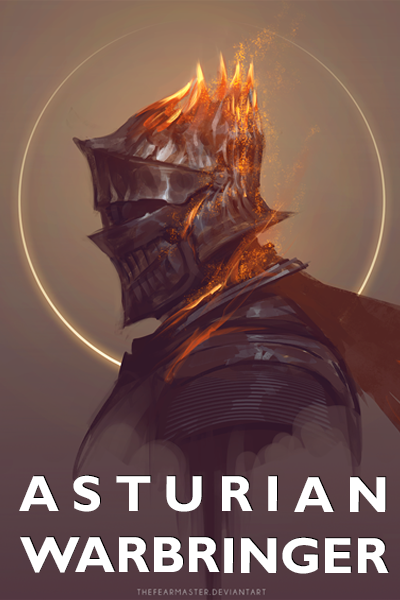 [edit covers]
Similar series
No results found! Does this series not have any tags?
Description: [edit] [history]

Humankind was kidnapped and forced to fight for their survival in the Sentinel Tower—and they won.

Their victory brought them a return to the past, before the tower came, and a memory wipe. They would live their lives none the wiser of all the struggles they had gone through. For Asturian Warbringer, oblivion was a welcome release from all the suffering he had gone through over multiple lives to save them all.

The tower wouldn't allow him to forget everything though. Keeping his memories was a spoil for the true victor, and the tower wouldn't be denied. Fortunately, he managed a compromise: he would forget all his personal experiences, and only impersonal information about the tower and its system would be sent back to his younger self.

That should be the end of it, but forces beyond his understanding had other ideas.

The Demonic Horde had plans for Earth.

The Sentinel Tower had plans against the demons.

In the day he should've been kidnapped by the tower, 16-year-old Luke Kells woke up with alien memories about a tower bigger than any world, with a system that shouldn't exist on Earth, and with a citizenship that let him learn more about the Sentinel System than his alternate future self ever had.

Finding himself in the middle of a war, he must do his best to grow strong fast enough to protect the ones he loves.

For the Horde is coming.

Cover image: As the fire fades, only embers remain by TheFearMaster (CC BY-NC-ND 3.0)