A Mistaken Marriage Match: Generation of the Military Counselor 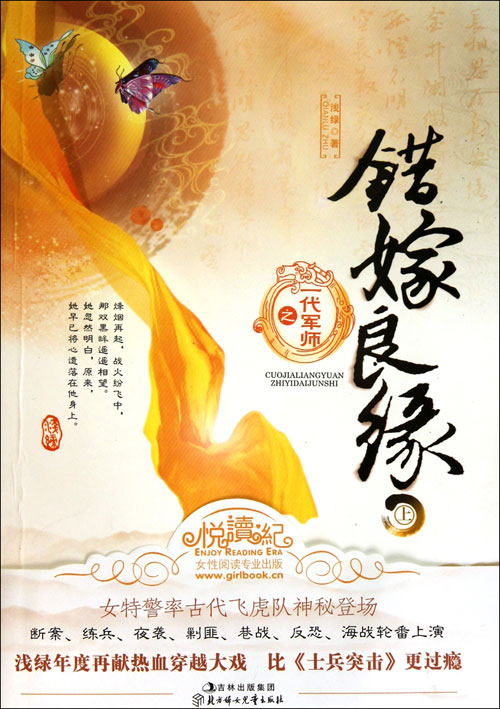 She is a honorably retired SWAT officer with meritorious deeds and a dashing detective who breaks cases like a god.

One day, a strange golden board with eight divinatory trigrams brings her to a different world, where she is a "gift" to general's manor.

He is a grim god of war whose power overwhelms six countries and the defender-general of the state with military power in hands. An imperial edict brought him a delicate concubine. He turned and left. After returning, his second in command and soldiers ignored him. Instead, they kept on saying "What does madam think?"

Breaking cases, training soldiers, night attacks, suppressing bandits, street fights, counter-terrorism operations, naval battles – one after another appeared on stage. She played with flourish, yet he was a little unable to resist.