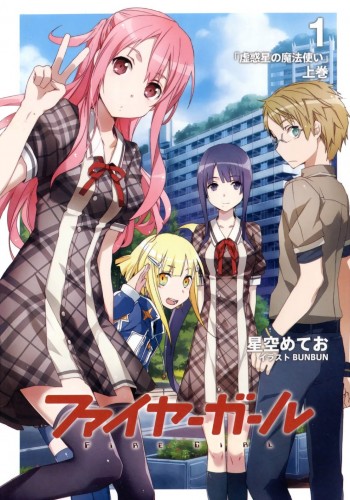 I think you've lost if you fall in love.

She likes to talk with friends. What she doesn't like are essays. By the way, she's the type that gets sleepy after thinking for ten seconds. Basically she had the air of someone who had failed her high school debut.

When Homura received the invitation "Why don't you try becoming a mage?", she joined the exploration club which had ties with the United Nations. The club activities consisted of conducting research on an unknown planet.

Along with the Kendo boy Touya Takumi, Misasagi Mayo-senpai who was efficient both in her studies and in martial arts, as well as the golem Ameno, Homura parties with her friends and heads to the other world of Nutella, a huge scale planet that is several times the size of Jupiter.