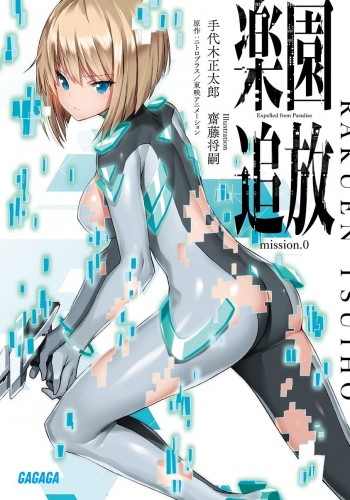 It is the year of 2400. Most of the world's population transferred its consciousness into the virtual reality of Diva, whose servers are located in the Earth's orbit. This freed people from their mortal bodies, and also opened up many new opportunities. However, the resources of Diva's servers are limited and their use must be worked for the benefit of society. A certain hacker named Pioneer regularly hacks the Diva server in order to invite its inhabitants to go with him to explore outer space. As the investigation shows, the cyber attacks come from the real world, from the surface of Earth. To catch the criminal, Diva sends an agent of the security system, Angela Balzac. To perform the operation, she is given a body, and a partner that inhabits the surface of Earth.