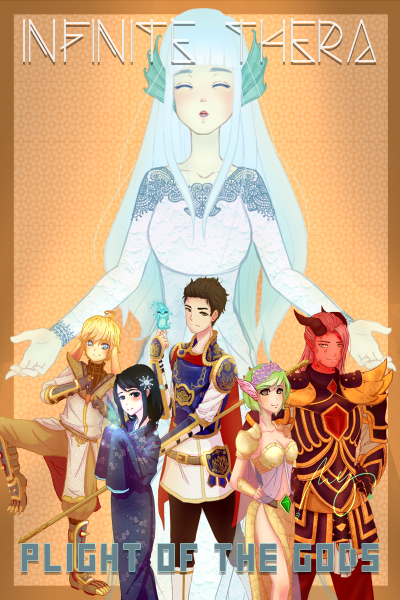 Wanting to escape a life full of monotony, Lucas caved in and joined his friends in playing a newly released virtual reality MMORPG. The game didn't fail his expectations, offering a level of realism that was above par compared to others. They didn't expect that they'd be trapped in an unknown world that is familiar and yet so unlike their own. The only way to return is to unravel the mysteries of this new world and unite with the Gods to push back the darkness engulfing it. The situation was met by protests from the players as they were placed in a situation they couldn't control. Before any of them could reject the request, another bomb was dropped on them. "If you don't save our world, your world will also perish."